Nation Couriers Uganda (NCU) is a transport unit within Monitor Publications Ltd (MPL). The courier service started its operations in 2003. Our mission is to be the leading courier company in the COMESA region. We provide a number of services:

What is NCU?
It stands for Nation Courier Uganda.

When did the company start operating?
We started operating way back in 2003; we are now 14 years old.

What exactly do you do?
Alongside transporting newspapers, we transport and deliver mail, documents, gift hampers and everything else that can be transported.

Which areas do you operate in?
We operate within the COMESA region, we transport and deliver goods in the whole of Uganda and we also transport to other East African countries like Kenya, Tanzania, Rwanda and South Sudan.

What inspired you to start?
At first, a company called Daks Couriers was transporting Monitor newspapers and it offered a courier service as well. Later we started transporting the newspapers ourselves, we realised we had enough vehicles and there was enough space in our van. This inspired us to transport other things, which we started doing after acquiring a license from UCC.

What advantages does NCU have over other companies doing the same business?
We have quick deliveries which are way exceptional, whatever you give us to transport is delivered to its respective destination the following day and this is one of the aspects that make us unique. The upcountry packages are always delivered early in the morning and our rates are competitive to suit a client’s pocket; we don’t over charge. We always re-package the documents to be transported with waterproof sealing that protects whatever is being transported from getting spoilt. We insure all our goods in transit such that in case of any hindrance, the client is compensated fully. NCU has its own cars that do pick-ups from different clients at no cost and effects deliveries on time. We give credit to corporate clients of 30 days after their time of invoicing. We have well-trained staff who are conversant with customer care service and this has helped to ensure client satisfaction.

What challenges have you faced ever since you started?
A major challenge is the bad roads especially in some parts of the country and insecurity as most of the transportation is done during night hours – however, these are minimal and even if they occur, we are insured, so our clients don’t need to worry about that. We also have a problem of stiff competition from brief case companies that accept any rate for transportation.

How different is your style of operation?
Like I said our quick deliveries are quite exceptional, a client gives us something to transport today and the following day, it is received by the person expected to receive it. Our quick deliveries always shock our clients. Also the fact that we insure our goods in transit is something exceptional because other companies especially briefcase companies can’t do that.

How do you operate?
NCU’s mode of operation is very transparent and ensures that everything meant for transportation is in safe hands. We receive documents, parcels, packages and mails from customers at Crown House and we take them to MPL head offices in Namuwongo for dispatch. During this time the goods to be transported are sorted in accordance to their different routes and they are manifested and verified by the drivers who are supposed to transport them. The goods to be transported are later delivered to courier agents in different districts and the agents deliver them to their respective clients and sign a proof of delivery (P.O.D) which is later sent to MPL head office for verification of delivery.

What are your achievements so far?
One of our biggest achievements has been maintaining clients for a long time; we have clients like Orient Bank that we have been able to service for a period of 14 years. We have also been able to establish a full-fledged office with a good number of drivers who make deliveries.

We are soon starting up an on-line tracking system which will help us to track the goods in transit. 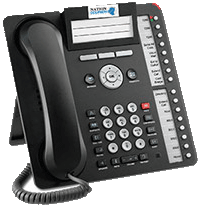 Highly important documents or other extremely urgent parcels are placed on the next available car/bus and arrive at the destination as soon as possible.